There is a subset of users who seem to join as many Clubs as they can, which results in many/most public Club leaderboards being cluttered with activity by people with no real relationship to the club (e.g. a regional/city-oriented Club whose leaderboard is always dominated by activity from other countries).

For example, the user currently topping the neighborhood running group I was just looking at is a member of around 575 Clubs and records activity exclusively in a different state. I am not sure why these users do this, but it degrades the overall Clubs experience for everyone.

Clubs should not have to be made Private to avoid this, as that places an undue moderation burden on the Club admins and discourages organic community growth. There needs to be a middle ground for Clubs that are in between the small, tightly-managed Private groups of real-life friends on one end, versus national & worldwide "free-for-all" public Clubs on the other.

It would help reduce the impact of these "club spammers" if Strava were to cap the number of public, leaderboard-enabled Clubs each user is allowed to join, and retroactively remove users from all but that number of Clubs if they are already over the limit.

Users could still be free to join as many Private & partner/brand-oriented Public Clubs as they want.

Thanks for submitting your idea. It has been reviewed by our moderation team and is now open to voting. 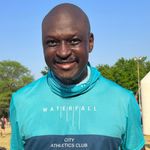 I agree. Also add a feature to allow users to unfollow/leave a group with the option to inform the owner or not. 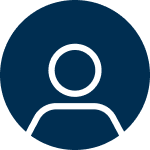 I agree that measure to reduce "club spamming" would from my point of view be beneficial to the community.

I also don't see the value or benefit of such behave for users, so in addition a deeper investigation of the primary objectives of such "club spammer" should be done by Strava. Maybe, this way of subscribing to thousand of club allow "something" for these users that is not offered by the actual Strava experience ? To the very least this could shed some light on this strange behaviour. 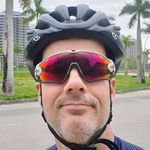 Back when I ran a local bike club in Strava, we had to approve new members to avoid exactly that.

Another solution would be adding an option to check a user's location before they joined a club. For example, a club for Madrid cyclists would only accept members located in or around Madrid.