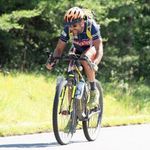 I am a long time Strava member (2009) with almost 269,000 miles on Strava. I love seeing other people's rides, adventures, and races. And I also love sharing my stories with everyone on Strava.

My most recent adventure was successfully completing the 2,700 mile Tour Divide bikepacking race in 11th place and then attempting to ride home another 1,800 miles to Alabama - spoiler alert - I made it 1000 miles across Texas and then another 300 miles across the Mississippi River in Louisiana, but I ran out of time and had to take the train the final 500 miles home from New Orleans.

Both the race and my ride home were amazing. The snow covered Rocky Mountains in Canada (see pic above I took about 40 miles into the first day of the race) and Montana were like nothing I had ever had to ride through before ... so much snow that an SUV had been abandoned and left buried in the snow up to its hood on our course. This meant there were a lot of hike-a-bike through the snow, which I had to do in sandals because of permanent disability in my foot from being hit by a car in 2017.

Sandals came in handy for my ride across Texas where it was quite hot. I also made it my goal to ride through Uvalde, Texas - the site of the most recent school shooting in the USA, as well as Santa Fe, Texas - the site of another mass school shooting back in 2018. In a sick, sad commentary on gun violence in the USA, you could ride all over the country connecting all the school shootings together. There is hope, though. It's more than just gun control, but common sense gun laws are definitely part of it. Give and take on both "sides". Why does there have to be sides? But I digress...

I leave with a pic of the Uvalde, Texas memorial I took on my ride and ask everyone to bring as much love and joy to everyone through their rides and adventures and to realize that improving humanity starts with you and your attitude to others both online and offline.

The Robb Elementary School memorial for the victims of the mass shooting in Uvalde, Texas. 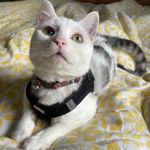 @kartoone , thank you for taking your time to write this and share these beautiful photos with us - what an amazing journey!

Congratulations on completing the race and keep us posted of your next adventures! 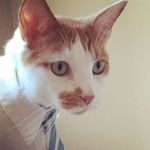 Wow, epic ride @kartoone - I remember watching a show on ride the divide (my wife quickly told me that I'm not doing it - we grew up near Banff).  Also kudos to your insane mileage, and keeping it going despite the car incident.

I'm curious as to what gear you used for the Ride the Divide (bike, packs, lights, etc.) - would be a great follow-up article perhaps (along with how you prepare for such a race, and nutrition). 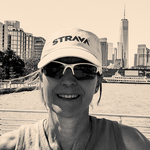 Hello and welcome!  Thanks so much for sharing your experience completing the Tour  Divide.   That's an epic race.  I first learned about it when the documentary "Ride the Divide" came out which followed several riders on the 2008 version of the race.  Congrats on completing it and thanks for sharing the  photos also. 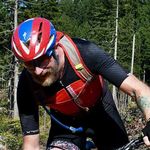