Why is there no way to view segments on the map made by ebikers?  I can view cycling, walking and running.  I made several ebike segments that are public not private, but nothing on the map shows a way to view ebike segments.  I'd like to see if anyone else happened to make any in my city and have others able to see the ones I've made all the same as if they were on a regular pedal bike.

Thanks for submitting your idea. It has been reviewed by our moderation team and is now open to voting. 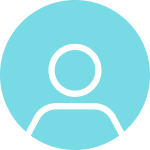 I agree NOODlesHead but I don't even know how to create an e-bike only segment.  Couldn't find an answer on Strava Support.  All I see  when I do an e-bike ride is "no segments."  So how to create one and then view it?

Stifensore to create a segment obviously change your ride to an ebike ride (why this isn't a default option to begin with I dont know) then you go online on a computer and look at your ride.  Under the ride has the segments list, obviously there's none but there's a button I think on the left to create segment.  From there you choose the segment you want to make with your ride by moving the start and end points, name it and you're done (uncheck the MAKE PRIVATE mark).  As an ebike ride it creates an ebike segment.  Viewing it in the app is a whole other thing, it can't be done unless you open the app and open that ride, it'll list the segments you rode.  That's the ONLY way, they still don't show up on the map.  Funny thing, I've created about 10 or so segments by now and Strava checks backlogs of other ebike riders and adds them so beware, even though it's new you may not have KOM lol, it happened to me on 2 segments so far.

Came here looking for a solution to this problem. Hopefully they add this soon. After creating some ebike segments from my ride today it then suggested similar segments that had previously been made in the same area. This is the only way I could have discovered them other than accidentally riding them. There seems to be no other way to know where there are other segments in the area. 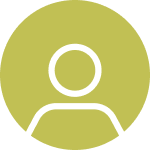 Not only can you not see an e-bike segment on the map, you also cannot search for it by name even if you know it exists.

The obvious way to have dealt with this (especially for off road use) would be to have just one segment for a piece of trail, then have different leaderboards for each of the categories that use it (e-bike, normal bike, trail runner etc). But for some reason, in their wisdom Strava decided that each category of user has to create their own segment - and then not allow you to search for it. Stupid! 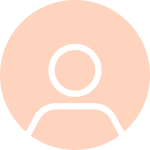 @m986- One thought I had regarding why they didn't do what you said and just allow any one segment to be used by the various different activity types is that there are a lot of areas that one or the other is not allowed. For example, there are a number of bike trails that are restricted to bikes only, so it would be bad to have segments there show up as running segments too (I know people who have tried to justify biking on closed trails because there was a segment for it, so "it must be okay"). Same goes for bikes vs. e-bikes. There are still a lot of areas that are open to regular bikes, but closed to e-bikes.

Personally, I prefer that each activity type gets to make their own segments. They can tailor the segment to their activity better. What is a good segment start/end point for a bike might not be the same for a run.

I do agree that they should make segments for things like e-bikes much easier to find, both through searching and on the map. Hopefully that ability will be added soon.

@anchskier- I take some of your points about trail access - having bikes riding on runner only trails just because there's a segment there would be wrong. I also assume you're in the US - possibly the only country in the world where e-bikes aren't necessarily allowed where 'normal' bikes are?

But for most of the world, the same trails get ridden by normal bikes and e-bikes - there really is no reason that the same segment can't be used for both.

And yes, I also hope that the search & map functions will be updated. But I doubt it - this has been an issue since the e-bike category was created several years ago and has been raised multiple times in the community forums. I assume Strava is an American company? Maybe it's because of the access issues you mentioned - but surely they could give the rest of the world the facility even if they don't feel comfortable doing it in the US?